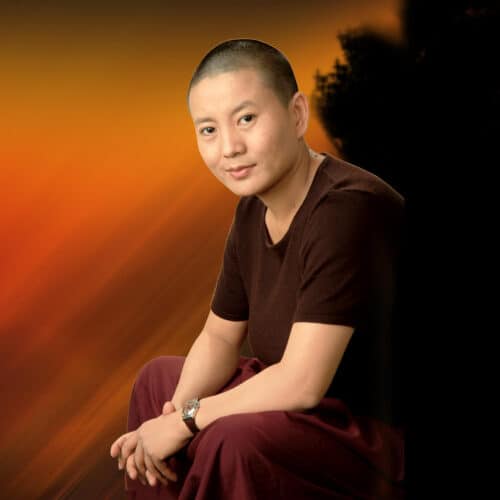 She was born Drolma Tsekyid to a Tibetan  couple from Kham on the 10th day of the fourth lunar month in the Year of the Rat. Her birth took place in a nondescript house tucked in an alley of Bouddha in Kathmandu, Nepal. Drolma’s passport reveals her date of birth as being June 4, 1971.

Her parents’ families had first moved to India from Tibet in the mid-1950s before settling in Nepal.  Like the story of Prince Siddartha who had observed the miseries of humans before embarking on the journey of nirvana, Drolma, too, as a child was witness to the many hardships that women had to endure.

“I learnt (about) the nature of suffering in my childhood, and I was in no position to submit like other women,” she reminisces. “I was looking for an alternative.”

But how could she avoid the life that most girls of her background were destined for?

She was only 13 when her father & uncle took her to NagiGompa (monastery) perched on the Shivapuri hills north of Kathmandu. It was a convent founded by TulkuUrgyen Rinpoche, a highly respected Buddhist master and an abbot of several monasteries in Nepal. From here would begin her journey to a different avatar – that of Ani Karma ChöyingDrolma.

“Childhood troubles may result in frustration in the rest of life,” says AniChöying. “But the spiritual refuge transformed the hatred that was sprouting inside me into compassion. There was also positive transformation of the sufferings.”

“If there is intense will, one can transform suffering into bliss. Instead of cursing the darkness, you can simply light a candle.”

Under the tutelage of her illustrious master, Ani Chöying started pursuing the unfathomable knowledge of Buddhism. He not only imparted knowledge to her but also boosted her confidence.

Ani Chöying would sing the mantras but was never aware of her potential as a singer. Hearing her mellifluous singing, her master encouraged her to rehearse regularly to hone her capability.

“I would say my singing was the melange of my sufferings in childhood and the blissful life I started enjoying in the refuge of my guru. The result was my meditative mode of singing,” says Ani Chöying.

AniChöying soon started taking lessons in singing spiritual songs and melodies. She was taught by the Rinpoche himself and by his wife KunseongDechen, both gifted singers.

As time went by in the nunnery, devotion and contemplation moulded her singing. Her way of interpreting the prayers became powerful. She would half close her eyes, and the words of the sacred texts would waft to her vocal chords.

She would also sing mantras for TulkuUrgyen, and they would pray together. Even after the departure of the master, singing has kept her close to him.

The convent was frequented by foreign disciples and visitors, some of whom were musicians. Her acquaintances with them taught her about the world of music. Some of the visitors gifted her albums of western music, while some taught her the chords of the guitar.

In 1994, her life took a sudden twist when she was introduced by Andreas, a German disciple residing at the monastery, to a talented musician, Steve Tibbetts, an American from Minneapolis, who was visiting NagiGompa.

Under Steve’s persuasion, she did a few recordings on a magnetic tape which he took with him back home. Within months, she received an audiocassette from him with a note enclosed that read: “I played the tape to an American producer, and he wants to make a CD. I’ll be back in a month if you agree.”

he was excited but needed her master’s consent. Without a fuss, TulkuUrgyen Rinpoche said, “Go ahead! The spiritual as possible, let alone Buddhists.”

There has been no looking back since. Her CDs and concerts in America earned her some money. But her  mission became to build a school for nuns. And she worked day in and day out to accomplish it.

With the money she earned from the sale of her CDs and stage performances, together with the generous support from many people, she bought a piece of land in Pharping to lay the foundation for Arya Tara School, a complete school for nuns. She also set up an office – Nuns Welfare Foundation of Nepal – to streamline her works.

The school came into being in 2000 as a result of her relentless efforts and the generous support of her well-wishers. A total of 60 nuns who have come from the country’s nooks and corners are pursuing both Buddhist and secular studies there at present.

She may have given umpteen concerts around the world, but she was relatively little known in her own country. Her collaboration with young and versatile musician NhyooBajracharya and eminent poet DurgaLalShrestha would make her a spiritual icon in Nepal as well, overnight.

The song PhoolkoAankhama not only became an instant hit, but it also helped her clinch the best female singer award of the year in 2006.

AniChöying today is a globe-trotting performer taking part in countless shows and performances to bring spiritual bliss to the hearts of many.

Often quizzed by journalists about the importance of money and fame in a nun’s life, AniChöying answers, “Financial independence gives you freedom, and you can use this freedom for the well-being of mankind.”

A French publishing house brought out her autobiography Ma Voix pour la Liberte (My Voice for Freedom) in the summer of 2008. The book immediately made it to the bestsellers’ list in France. The book is being simultaneously translated into more than a dozen languages including Nepali. The proceeds from the sale of the books will be used to support her philanthropic missions that include a kidney hospital in Nepal.

She credits her master TulkuUrgyen Rinpoche for what she is today, a person she describes as “a package of perfection”. The Rinpoche taught her to take delight while giving to others, which she has emulated wholeheartedly. Although not married, AniChöying nurses and nurtures countless daughters through her golden voice, enlightened mind and ignited soul.

Music plays an important role in a wide variety of religious traditions.  The majestic Gregorian chants lend gravity to a Catholic mass, while the melancholy laments of Jewish cantors grieving for a lost world arouse deep feelings in the listeners.  The intoning of Muslim muezzins publicly call the faithful to prayer, and the rousing hymns of the Protestant tradition, including the gospel music of African American churches, inspire’ the congregation with faith and trust in the power of their god. Tibetan religious music spans the range of these emotional responses.  Deep long horns summon the spirits of the mountains while the rapid beating of large drums call upon various protective energies.  In song as well, different moods can be heard: on one hand, the high pitched and rather wildly cadenced prayers sung by the laypeople of Eastern Tibet; on the other, the deep-voiced and drawn-out tunes of rituals that bring different deities to mind so their qualities can be better understood.  An example of such a prayer is this:

When I invite you yearningly to this place of devotion Please come through the power of your compassionate vow.

We must understand clearly that the deities being thus invoked are not external to the practitioners, but represent positive qualities that they seek to bring into their own minds and activities.  A Buddha, an enlightened being, is one who has purified all negative qualities and perfected all positive ones.  Buddha nature is the essence of all minds, and the goal of all Buddhist practitioners is to recognize this state within themselves.  The supplications sung here are thus designed to draw out the energy of the listener’s own spiritual center.  In general, music can resonate with emotions that lie dormant and unexpressed, renewing us and opening our hearts.  Buddhist chants such as those sung so beautifully by Ani Choying Drolma gently lead one inward, to a place of calm and healing.

They carry a deeper meaning as well.  According to H.E. Phakchok Rinpoche, when we listen to songs composed by the great teachers of the past, their enlightened motivation, their compassion and aspirations come through, benefitting us immensely.  The historical Buddha Shakyamuni himself said that he would in the future manifest as letters.  Seen in this light, the words and sounds of these songs are emanations of the Buddha; seeing and hearing them is like encountering Buddha in person, and being directly connected to the teachings.

AniChoying recommends that you listen to these prayers in a quiet setting, in the evening or at another time when the responsibilities and cares of daily life are for the time being suspended.  Relax, dim the lights and let the sound move through you and into your deepest being Understanding the meaning and content of the chants themselves is less important than allowing the music into your heart so that it can open and find its own place of inner peace.

The master who is the subject of the first two prayers on this album is the historical teacher Padmasambhava, considered by Tibetans to be the second Buddha since it was he who, in the 8th century, brought Buddhism to Tibet.  Also known as Guru Rinpoche–precious teacher–he represents the perfected power of compassion and wisdom, as does Buddha Shakyamuni himself.  In Sanskrit he is called Padmakara, and in Tibetan PemaJungney, meaning the one arisen from a lotus.

With the following prayer, we devotedly invite him into our presence.  We call as well to the “sugatas of the ten directions and three times”.  Sugata, a Sanskrit word meaning “one who has gone to bliss”, refers to those enlightened beings who have transcended the sufferings of worldly life.  This does not at all mean that they have abandoned the world, but that they have risen above attachment to it.  The ten directions are the four cardinal directions, the four intermediate directions, above and below; in other words, the infinite universe.  The three times are past, present and future.

Jetsun means a powerful spiritual master, and Padma Thothrentsal is a way of describing Guru Rinpoche with a retinue of different manifestations, each representing a particular kind of powerful wisdom.  Vidyadharas and dakinis are other forms of spiritually beneficial beings.  Vidyadhara means wisdom holder, and in the Tibetan tradition dakinis represent beneficial female energies, who often appear to advise or come to the aid of serious practitioners.  Like angels in the Christian tradition (with whom they should not be otherwise confused) they live in the celestial realms. 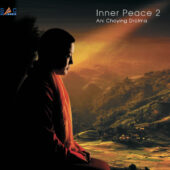 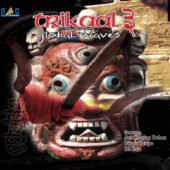